This post is a fact check to find out if us Brits really do like our tea as much as the stereotype portrays.

by Parcels From Home 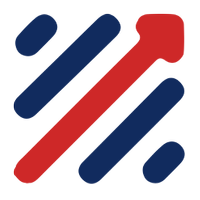 Parcels From Home provides expats around the world with affordable prepackaged or bespoke British care packages, working directly with product wholesalers and FedEx to give you the most in-demand British goods at an affordable price.

More by this Author

Stereotypes are often met with negative connotations, and perhaps rightly so, but I have always felt there was an element of truth behind the stereotype that we Brits really do love our Tea.

So, what are the most popular Tea brands in the UK? According to Statista, PG Tips was found to be the UK’s most popular Tea brand, Yorkshire Tea closely followed as the runner up, and with Tetley Tea as Britain’s Third choice. You may also notice that these are the three Tea brands we offer in our parcels. This is not a coincidence, this is because we look and analyse the most recent trends in product popularity, so that we can offer you, exactly what you want.

It is hard to conclude that the stereo type that Brits love their tea, is anything other than true. The most popular drink in the UK signifies that although most stereotypes are dumfounded and nonsensical, we Brits do in fact love our tea.

Your E-mail has been sent. We will be in contact with you soon.

Please refresh the page and re-submit the form.

SORRY
Your content caused an error and your email has not been sent.
Please remove any unusual characters and try again